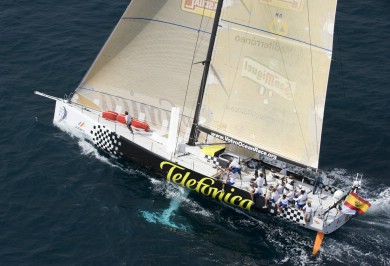 At last there is wind, and the eight-strong fleet racing in leg one of the Volvo Ocean Race from Alicante to Cape Town is beginning to make some nice progress, but it is a fragile lead for Telefónica Black/ESP (Fernando Echávarri/ESP) who left the leading bunch and made a bold move to the west.
Behind her, the chasing pack of Ericsson 4, the Green Dragons/IRL/CHI (Ian Walker/GBR) and PUMA/USA (Ken Read/USA) are all tightly bunched within a frightening six miles of the leader. Speeds are up in the mid teens as the fleet races downwind along the African coast.
In the second group, the threat is from Telefónica Blue/ESP (Bouwe Bekking/NED) which is hunting down Delta Lloyd/IRL (Ger O’Rourke/IRL) and Team Russia/RUS (Andreas Hanakamp/AUT) at an alarming pace.
Since leaving the Spanish coast after making a repair, she has reduced her 12-hour deficit and has closed to within four miles of Team Russia. She is only 58 nm from sistership Telefónica Black, and, if wind Gods shine on her, she could easily make up the distance in barely a few hours. She has been averaging around 14 knots over the last three hour period and so far, has had the best 24 hour run in the fleet of 267 nm.
Skipper Bouwe Bekking says the crew carried out lots of sail changes and have tried press as much performance out of the boat as possible. “Sifi (Simon Fisher – navigator) and I are spending heaps of time behind the computer, looking into all the options. We don’t want to do anything crazy, as once you are behind you are tempted to take bigger risks,” Bekking wrote earlier today.
The two fleets are split by approx 35 nautical miles east to west, with Ericsson 4 just 40 miles off the Moroccan close, just south of the Cabo Sim lighthouse. The chasing pack is closer in, just 26 nm offshore and positioned to the left of Ericsson 4, where they think there maybe more wind.
There is no time to rest for the navigators who have some big choices to make, the first being how to tackle the Canary Islands, approximately 199 nm to the south-west of the fleet. Should they go to the west to get a shift in wind direction, go closer to the African coast to see if there is more wind there, or shoot straight between the two islands and risk losing the wind altogether?
Onboard PUMA in fourth place, the major issue today, as well as pressing the three boats ahead, has been the mystery disappearance of Rob Salthouse’s boot. With just one pair of sailing boots as the only footwear onboard, Rob believed this was a potential disaster.
“We wound Rob up with stories that the boot may have been packed in the spinnaker and gone up and over in the last hoist,” joked skipper Ken Read. When the breeze finally arrived and the spinnaker was hoisted, the boot was found by the distressed owner and the crew raced on.
Onboard Ericsson 4 Phil Jameson’s nails have been painted with black permanent marker while he was asleep shortly after he was seen pouring a substantial quantity of hot Tabasco sauce on his porridge. Trimmer Tony Mutter watched the activities as he absently ate two packs of noodles without mixing them with water. When this boat reaches the Equator, and King Neptune comes to call, there will be some interesting activities on this boat loaded with ‘equatorial virgins’.
Leg One Day 4: 1300 GMT Volvo Ocean Race Positions
(boat name/country/skipper/nationality/distance to leader)
Telefónica Black ESP (Fernando Echávarri/ESP) DTF 5832 nm
Ericsson 4 SWE (Torben Grael/BRA) DTL 1nm
Green Dragon IRL/CHN (Ian Walker/GBR) DTL 3nm
PUMA Racing Team USA (Ken Read/USA) DTL 3nm
Ericsson 3 SWE (Anders Lewander/SWE) DTL 6nm
Delta Lloyd IRL (Ger O’Rourke/IRL) DTL 43nm
Team Russia RUS (Andreas Hanakamp/AUT) DTL 54nm
Telefónica Blue ESP (Bouwe Bekking/NED) DTL 58nm 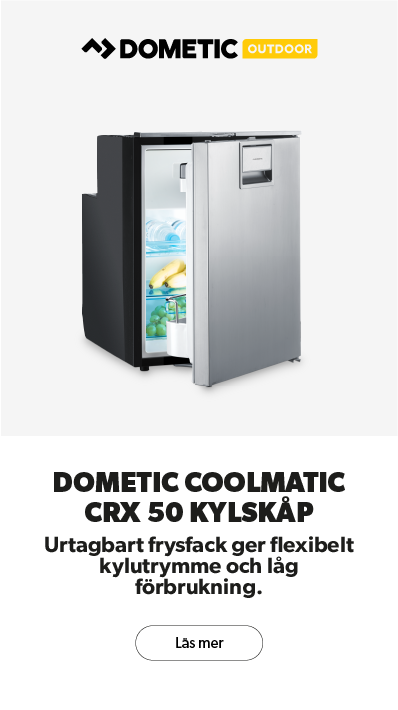